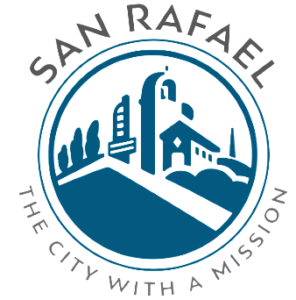 The city of San Rafael, California chose Actelis Networks, the market leader in high performance hybrid fiber/copper networking, to modernize its traffic system by bringing Ethernet extension to its traffic signals. The project was made possible by the ‘Innovative Deployment of Enhanced Arterials’(IDEA) Grant.

The IDEA grant program is being used to fund:

The city of San Rafael, California is north of San Francisco in Marin County, one of the most affluent regions in the United States. As of the 2010 U.S. Census, the city's population was 57,713.

How to build a 21st Century Network with a 20th Century Infrastructure?

Like many cities around the country, San Rafael needed to provide an Intelligent Traffic Monitoring System (ITMS) including cameras and next generation sensors to its busy central business district where fiber connectivity is nonexistent.

A Fiber Performance Network Sans the High Costs and Construction

Installing fiber was an option, but due to construction timelines and high costs, the city needed a solid, secure alternative that would deploy rapidly without adverse impact to businesses and residences. Prolonged construction to trench fiber would result in further costs and traffic congestion. San Rafael needed hardened products that would deploy rapidly in a variety of locations. The new equipment also needed to be compatible with San Rafael’s existing systems.

The city’s imperative was a greener footprint with enhanced safety and quality of life for businesses and residents through Intelligent traffic signal timing. Add to that, the need for minimal implementation delays and optimized cost.

The project needed to:

For a second phase of the project, San Rafael later selected the Actelis ML680DF – Fiber only unit to further extend its ITMS network. The combined Actelis hybrid fiber-copper network provides innate security with advanced encryption and Zero-Touch management with centralized control and automated resiliency and failover. Actelis products are NEMA TS-2 compliant, and street hardened to be deployed in a wide variety of installations.

Modernization and Digitization of City Traffic over Hybrid Fiber-Copper Network.

This website uses cookies to improve your experience while you navigate through the website. Out of these, the cookies that are categorized as necessary are stored on your browser as they are essential for the working of basic functionalities of the website. We also use third-party cookies that help us analyze and understand how you use this website. These cookies will be stored in your browser only with your consent. You also have the option to opt-out of these cookies. But opting out of some of these cookies may affect your browsing experience.
Necessary Always Enabled
Necessary cookies are absolutely essential for the website to function properly. These cookies ensure basic functionalities and security features of the website, anonymously.
Functional
Functional cookies help to perform certain functionalities like sharing the content of the website on social media platforms, collect feedbacks, and other third-party features.
Performance
Performance cookies are used to understand and analyze the key performance indexes of the website which helps in delivering a better user experience for the visitors.
Analytics
Analytical cookies are used to understand how visitors interact with the website. These cookies help provide information on metrics the number of visitors, bounce rate, traffic source, etc.
Advertisement
Advertisement cookies are used to provide visitors with relevant ads and marketing campaigns. These cookies track visitors across websites and collect information to provide customized ads.
Others
Other uncategorized cookies are those that are being analyzed and have not been classified into a category as yet.
SAVE & ACCEPT